October has been quite the month for me! I started a new job, which allows for the listening of Podcasts whilst working–which is perhaps the greatest job perk ever! I wanted to fully immerse myself in the spirit of October, Halloween, and the eerie supernatural forces of Victober.

I spent most of my month listening to Lore by Aaron Mehnke. I realize, that like with Night Vale, I am a little late to the party. I get happy when I’m late to a good party though, because I have the opportunity to binge-hear, binge-watch, and binge-read–fully immersing myself in the experience. The podcast features in each episode a mysterious occurrence in history and traces what we know of it from reliable sources. Unsolved mysteries, murders, or the history of mythical and folkloric creatures and stories. The podcast has just been turned into a mini-series on Amazon Prime Video (on Friday the 13th in October), and into a book deal. The first one: The World of Lore: Monstrous Creatures by Aaron Mehnke has already been released on October 10th, and the second one The World of Lore: Wicked Humans has been announced for release for May of next year. The podcast was given the award for the “Best History Podcast” in 2016. 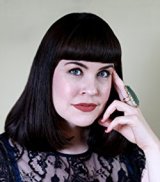 Like with Lore, I recently discovered Caitlin Doughty in a different format: on YouTube. Her channel, Ask a Mortician is absolutely wonderful and I binge-watched five years of uploads in under 10 days. She is a mortician, founder of The Order of the Good Death, writer of two books, and leader in the natural burial community. I had my first author spotlight featuring Caitlin Doughty and I went into more details on all the places one can find her, all the formats, and brief summaries of her two books on death. Link HERE.

The strangest part, with both Lore and Doughty’s works, is that one common theme runs through both: the scariest stories are true and most often  done by people…which makes for a very thematic October.

The Strange Case of Dr. Jekyll and Mr. Hyde by Robert Louis Stevenson 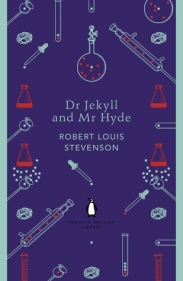 This was a re-read for me but I picked it up for Victober as my “Scottish Writer” entry. The first time I was shocked at how small it was. It’s currently in the public domain and accessible via Project Gutenberg if you want to read it in a sitting. This tale begins with a Mr. Utterson who is trying to figure out a ‘mystery’ –word in town is that a Mr.Hyde is behind it all. He calls upon one close friend Dr. Jekyll to help with the case. I think I enjoyed this the first time a little more than now. It’s atmospheric, and certainly a treat for October, but the execution of it could have been better. I think Stevenson tapped into something incredible with the dual personality, and the term in itself is so prevalent now that ‘the spoiler’ is already known before one can sit down with the novella properly. I did come across a very well-written article from Tor.com on “What Everybody Gets Wrong about Dr. Jekyll and Mr. Hyde” where Steven Padnick states that not only should Hollywood understand that Hyde is not a separate entity, but:

Jekyll did not create a potion to remove the evil parts of his nature. He made a potion that allowed him express his urges without feeling guilty and without any consequences besmirching his good name. That’s also why he names his alter ego “Hyde,” because Hyde is a disguise, to be worn and discarded like a thick cloak. He might as well have called Edward “Mr. Second Skin,” or “Mr. Mask.”

Another explanation is that Stevenson was tapping into what we now know to be Dissociative Identity Disorder (Borderline Personality Disorder) a little ahead of his time–seeing it as a different manifestation than other kinds of illness.

Emily is my favourite of the Brontes and I always wished there were more novels written by her in addition to Wuthering Heights. Emily Bronte’s poetry was published in her lifetime under the pseudonym of ‘Ellis Bell.’ She often wrote poems located in fictional Gondal (similar to Tolkien’s Middle Earth verses). Gondal was a shared fiction between Anne and Emily, but Emily dedicated more of her time and poems to it. This collection incorporates some of  the Gondal poems, but also her works more philosophical in nature.”The Old Stoic,” or “Death” touch on important themes like wisdom, and grief with such elegant usage of the English language. Her verses are like a maze the reader must navigate, and ready to be fragmented and dissected, branching off like Plath’s fig tree vision. I found her poem “Hope” very reminiscent of the more famously known (yet later written) Emily Dickinson’s “Hope is the thing with feathers” Here’s an excerpt from Bronte’s:

Hope was but a timid friend;
She sat without the grated den,
Watching how my fate would tend,
Even as selfish-hearted men.

I created a “Hope Poems”  PDF with both poems on it, if you would like to see them side by side. I also linked them all above if you click on the titles. Two contemporary, single, strong Emilys separated by an ocean, writing poems about hope. Beautiful. This was also a Victober choice. This was chosen for a work with few reviews on Goodreads. It had 170 when I selected it.

The Winter People by Jennifer McMahon

I didn’t plan to read this book, but someone told me it would be scary or spooky so I took a chance on it. I read parts of it in the text, and most of it via audiobook at work. It was good company. For the synopsis I had to copy/paste the one from Goodreads because it’s told really well:

“West Hall, Vermont, has always been a town of strange disappearances and old legends. The most mysterious is that of Sara Harrison Shea, who, in 1908, was found dead in the field behind her house just months after the tragic death of her daughter, Gertie. Now, in present day, nineteen-year-old Ruthie lives in Sara’s farmhouse with her mother, Alice, and her younger sister, Fawn. Alice has always insisted that they live off the grid, a decision that suddenly proves perilous when Ruthie wakes up one morning to find that Alice has vanished without a trace. Searching for clues, she is startled to find a copy of Sara Harrison Shea’s diary hidden beneath the floorboards of her mother’s bedroom. As Ruthie gets sucked deeper into the mystery of Sara’s fate, she discovers that she’s not the only person who’s desperately looking for someone that they’ve lost. But she may be the only one who can stop history from repeating itself.”

It was okay, but it really wasn’t for me. I thought it would be a lot spookier (because you know…Halloween) but it wasn’t all that scary or spooky. The dialogue was a bit off too. I’m not sure what else to elaborate on because I would spoil it. 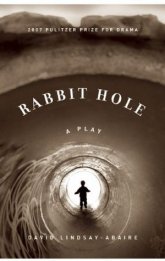 This is one of my favourite plays of all time, and I wanted to revisit it this October and find out what it is that I love about it so much. I took my time, and ended up writing a very spoiler-filled review in more detail. HERE is a link to it if you’d like to read more about it.

Long story shortened: a glimpse into the life of a young couple currently mourning the loss of their four year old son. Becca and Howie are both grieving in different ways and have a hard time understanding the other. Family members and friends are waling on eggshells around them. Lastly, the teenage driver who accidentally killed their son tries to reach out and communicate with them. He is an equally complex character. 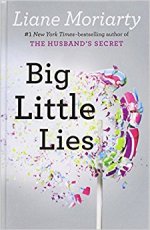