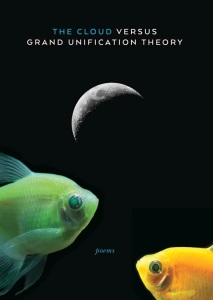 Okay, let me paint you a picture:

You know that friend you have—you know the one—the individual who peaced out a few times to go find themselves in the East by being spiritual in Buddhist monasteries for a few weeks, the one who smokes pot and talks about the peace at parties, the one who thinks about attending protests, is probably vegan, and every time you’re with them they listen to Kurt Cobain, and Jimi Hendrix, and somehow is also insanely pretentious because they drop references to Charles Bukowski, any of the confessional poets, Virginia Woolf’s The Waves, Wordsworth, the pot-lord David Foster Wallace (who they suggest is far too pretentious and unreadable, but they themselves sounds like), the Great Gatsby, and who deep down thinks they’re Jack Kerouac?

If you miss that friend (who you love very much and wish you could have their courage and go with them) because they probably left you again to have another adventure without you (because you suck for reducing them to a stereotype in book reviews), then just read this poetry collection. It’s a textual embodiment of that person.

The weird thing is, that while that hipster friend who has become a trope right now is already a cliché, I think Chris Banks is actually an original because he was born in 1970. He actually did those things BEFORE they were cool. So let’s get into the collection:

This book really is for everyone, as the dedication suggests. It’s filled with references, which most avid readers or English majors will pick up on.

My personal favourite is the simplest one, devoid of any of the things listed above, which has the most honesty. It’s called “Fossil”

“To match in words

Left in mud long ago

To be that permanent

And still not there.”

The collection is divided in four parts:

The poem which starts this collection is called “Progress” and is representative of the kind of ‘protest-poetry’ that Banks offers:

“Gene-targeting and molecular cloning. The shrine /Of the genome has broken into—Glo Fish /…Insulin-producing bacteria / are grown in large fermentation tanks to provide / medicine for diabetics  / …demand / Big Pharma give us an alturistm patch, one to create / more empathy in politicians, say, or nasal spray, / to make children more resistant to fear-mongering, / and body shaming.”

The collection is filled with contemporary references like ‘selfies,’ society-accepted norms that mean nothing in the large scheme of things, and criticisms of capitalist-driven-corporations, and their lack of empathy, eco-love, or humanity.

There are some knock-out lines scattered throughout this collection like:

“most poems I read feel like I’m walking / through someone’s private zoo.”

Overall the collection is good, and it’s worth a try. It doesn’t take too long to read. I do wish that the collection had a well-written introduction to the poems and a better outline of Chris Banks as a poet. I wish there was more context.

Many thanks to ECW Press for sending me an ARC for early review. This collection will be published on September 5, 2017 and is currently available for pre-order on Amazon.